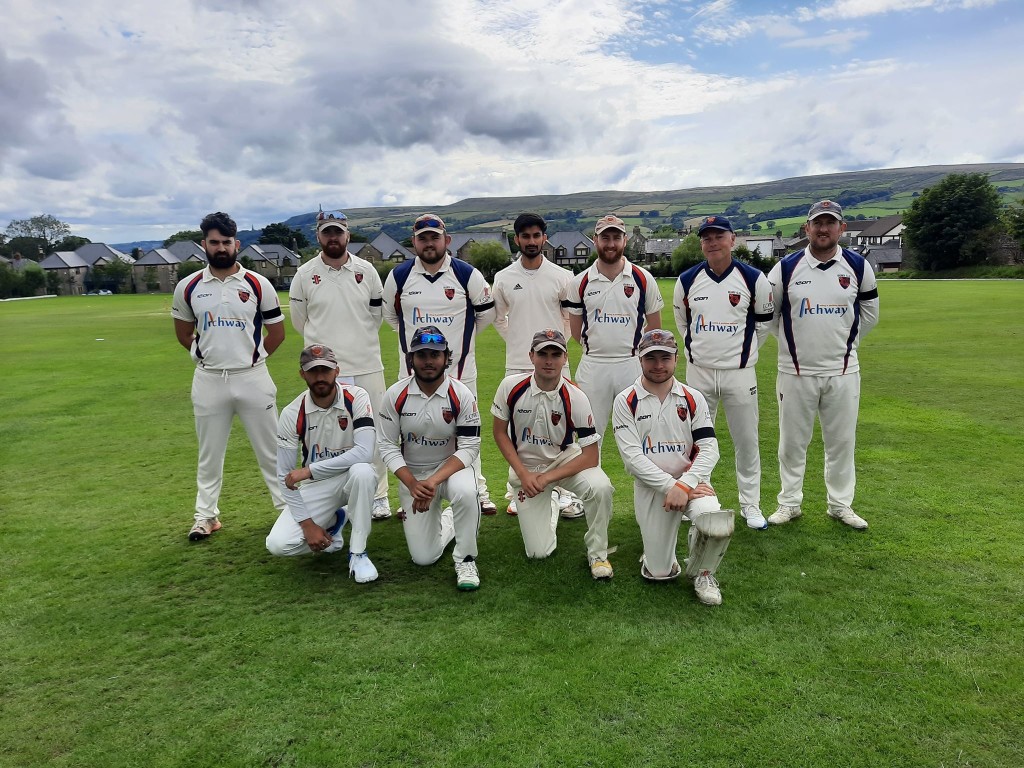 Weekend Round-Up: 1sts send out statement of intent with with over Edenfield

The 1st team defeated Edenfield by 159 runs in a much-awaited season opener, as the 3rd team also got their GMCL league campaign underway on Sunday.

Despite heavy rain on the morning of the game, the 1st XI game at Edenfield started only half an hour delayed, with a 37 over game. New captain Gary Garner won the toss and elected to bat first, and Ben Gorton and Jon Wiggans got Bury off to a great start, capitalising on some over-pitched bowling, with the score reaching 47 before Wiggans was bowled by Ryan Barnes in the 8th over. Bury lost another two wickets without much further addition to the scoreline, before Dom Morris joined Ben Gorton at the crease. The two put together 67 for the 4th wicket, with Gorton passing 50 to add to his 9 previous Bury half-centuries, and then Morris put on a fine display of ball striking, with 5 fours and 7 sixes in his 80 from 65 balls. Bury were dismissed for 203 with 2 overs to spare.

In the second innings, the difference in quality between the two sides was clear to see. Edenfield slumped to 18-7 within 12 overs, with Alex Breckin (7-3-8-3) and Sam Nolan-Massey (8-3-14-4) tearing through the top and middle order, with catches for wicket-keeper Matt Donnelly, Dom Morris, Jon Wiggans and Ben Gorton. New spinner Ahmed Matloob also impressed with the ball, picking up his first two Bury wickets (both caught by Dom Morris) and Lee Halliwell also picked up a wicket in his first over. Edenfield were bowled out for 44, completing a dominant display by the Radcliffe Road men.

With no league fixture scheduled this week (due to an odd number of teams in their division), a 2nd/Friendly XI hosted Deane & Derby 2nd XI at Radcliffe Road. Zafri Zafardeen top scored with 32 for Bury as they fell 30 short of victory having bowled out the visitors for 111.

Sunday saw the first senior league action of the year at the Archway Oval, as local rivals Walshaw were the visitors. Walshaw won the toss and elected to bat first, and started well, progressing to 80 before the loss of the first wicket in the 16th over, with Will Moore removing Openshaw (38) lbw. An excellent spell from Arshad Raza (8-3-24-4) brought Bury back into the game, which included 3 wickets in 4 balls, and a dropped catch in the middle of that on the hatrick ball. Former Bury 3rd XI captain Jonathan Stackhouse offered more resistance before he was dismissed by an excellent catch by Joe Mitchell at mid on for 26. Wickets for Zain Khan (8-1-25-2) and Josh Bowen (2.4-1-5-3) ensured Bury clawed their way back into the game, bowling out Walshaw for 164.

The run chase started well for Bury, with Mitchell and Raza's opening stand worth 50, however they were two of only three Bury batsman to reach double figures as regular falling wickets stalled the run chase. Ali Ammar looked to take the game to the visitors, before he was caught on 18, which brought Bury back into the game once again, at this point requiring 63 more runs from 10 overs with 5 wickets remaining. Joe Mitchell reached a well-deserved 50 for the first time in the GMCL, but wickets continued to tumble at the other end under scoreboard pressure, with Bury eventually falling 27 short of the DLS target. Mitchell carried his bat with an excellent 70* from 102 deliveries.

In all three games this weekend, all Bury players wore black armbands and a minutes silence was observed before each game, in honour of James Towey's mother Mary, who sadly passed away earlier this week. Everybody at the club sends their thoughts and prayers to James and his family at this difficult time.

This week, Bury Storm begin the 15-over competition with a double header - playing away at Walshaw Warriors on Wednesday before welcoming the East Lancs Millers to the Archway Oval on Friday, where the Sports club bar will be open.

Senior Training now takes place on Tuesday evenings from 6pm onwards, with Junior Training on Thursday evenings. The previous net booking system has now been ended, but the nets will remain locked up outside these training sessions, in line with ECB guidelines.

A message from the President