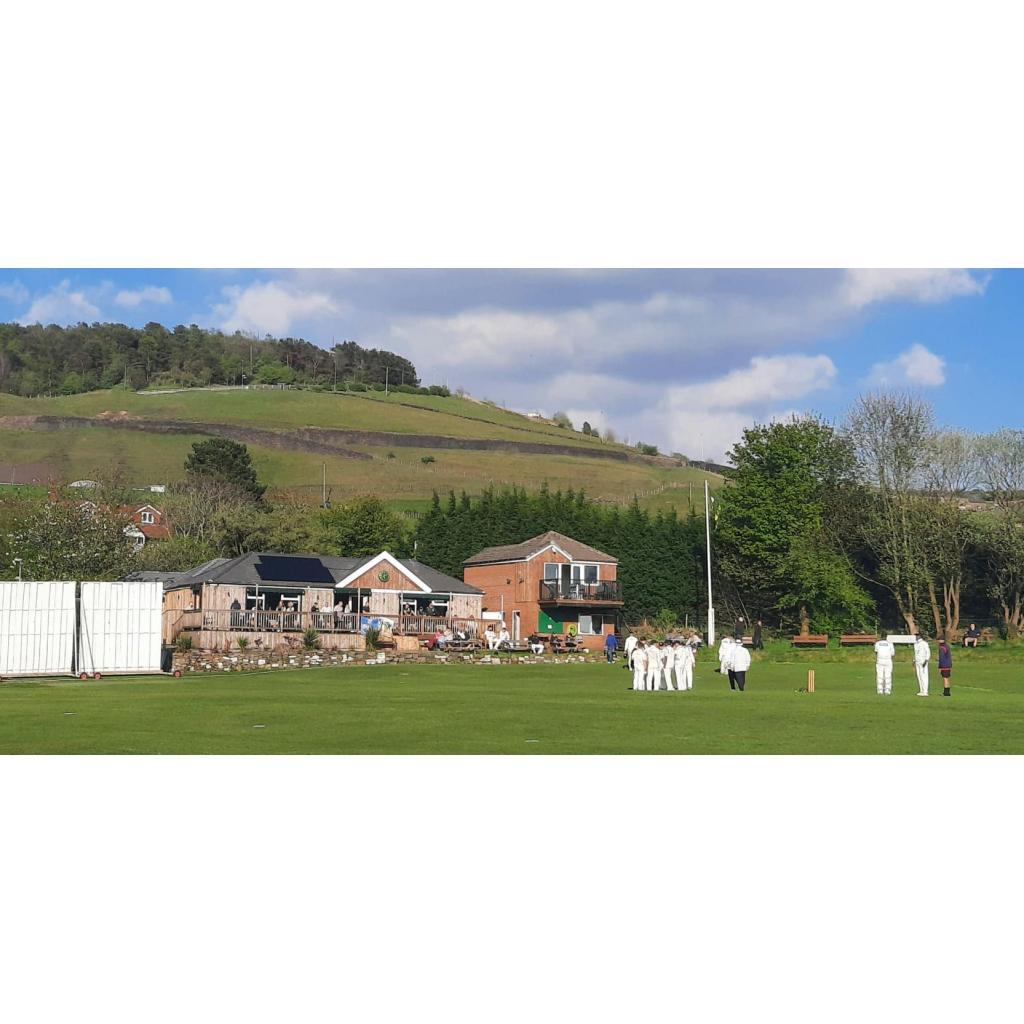 League cricket returned this weekend and there was some excellent action in the sun for our three senior sides, with the 2s and 3s picking up victories and the 1s falling just short of a mammoth run chase.

The 1st XI were on the road at Shaw, where skipper Garner won the toss and elected to bowl. The home side were 2 down within the first 10 overs with 2 early wickets for opening bowler Mukhtar Nasir. Overseas amateur Damario Goodman picked up his first wicket for the club, Jack Pilling lbw for 15, however Shaw's overseas Daron Cruickshank accelerated the scoring along with former West Indian cricketer Lincoln Roberts. The former holed out to Ammar Baig on the boundary just after drinks to leave the score at 109-4. Goodman continued to take wickets, finishing with 4/51 from his 15 overs, but Roberts continued to make Bury pay for dropping him early in his innings and sealed a century, his final total being 109* from 100 deliveries. Shaw concluded their 50 overs with 262/6.

Aqib Zulfiqar, on league debut for the club, got Bury off to an attacking start, his 31 from 30 balls keeping the visitors up with the run rate throughout the first 10 overs. However he and Aneeq Hassan fell in quick succession to leave the score at 58-3. Mukhtar Nasir and Dom Morris built the innings back together strongly whilst still maintaining a good scoring rate.  They put on 76 for the fourth wicket, however when Nasir was caught in the slips it prompted a mini-collapse either side of drinks, including the wicket of Morris for 46.

Goodman (25) and Sam Nolan-Massey kept Bury hopes alive until they both quickly fell and at 175-8, Bury's chances of victory were slim. Nathan Ramsay and Gary Garner were at the crease and put together an excellent 10 over partnership to get their side back within range of the target. Ramsay was caught on 24 with 33 still needed for victory with 41 balls and 1 wicket remaining. Garner and number 11 Majid Talib managed the next few overs well, with the captain keeping the scoring rate on track - 5 fours and 3 sixes in his 44. However, it would be Shaw's day, with Garner given lbw to one that kept low when 10 runs were needed from the last 8 balls. Shaw took the points but it was a valiant effort from the Bury batsman, and they will take many positives going into next weekend's game at home to Bradshaw. (Scorecard)

At Radcliffe Road, the 2nd  XI welcomed Bolton Indians for the opening Division 3W league fixture. Captain Matt Metcalfe won the toss and chose to bat first. From 28-2, Syed Hashmi and Usama Akram put on 54 for the third wicket in 10 overs before Akram was bowled for 21. Hashmi's blistering innings contained 7 fours and 3 sixes for his 59 before he was stumped, with the rest of the Bury batting order falling cheaply, finishing on 145 all out.

Bolton Indians' innings got off to the worst possible start with Mohammed Majid bowling Kishan Patel with the second ball of the innings. Majid and Lee Halliwell's opening spells left the run chase in disarray with 3 wickets apiece with the score at 28-6. There was some resistance from the visitors' lower order before Halliwell returned to the attack to seal the Bury victory and his own five-fer (10-4-24-5), with Bolton Indians all out for 85. (Scorecard)

And on Sunday, the 3rd XI also got off to a winning start with a 5 wicket win at home to Monton. The visitors won the toss and elected to bat and started very strongly at 64-1 after the first 10 overs. However excellent spells from Farrukh Ali (10-3-21-1) and Muhammad Bilal (9-2-20-3) turned the innings on its head. Charlotte Weston became the first female player to take a competitive senior wicket for the club as she finished the innings with 2 wickets - Monton all out for 164 after 40 overs.

The Bury reply also started strongly, with Zain Khan and Scott Worswick putting on 69 for the opening stand inside 16 overs. Sam Leach and Iky Gorsi both returned to senior action with double figure returns, but it was Zain Khan who was the star of the show, his 80 held the innings together before he was ran out by a direct hit. Last year's leading run scorer Sajad Safi ended the game with a six over mid on to give Bury the 5 points with 23 balls to spare. (Scorecard)