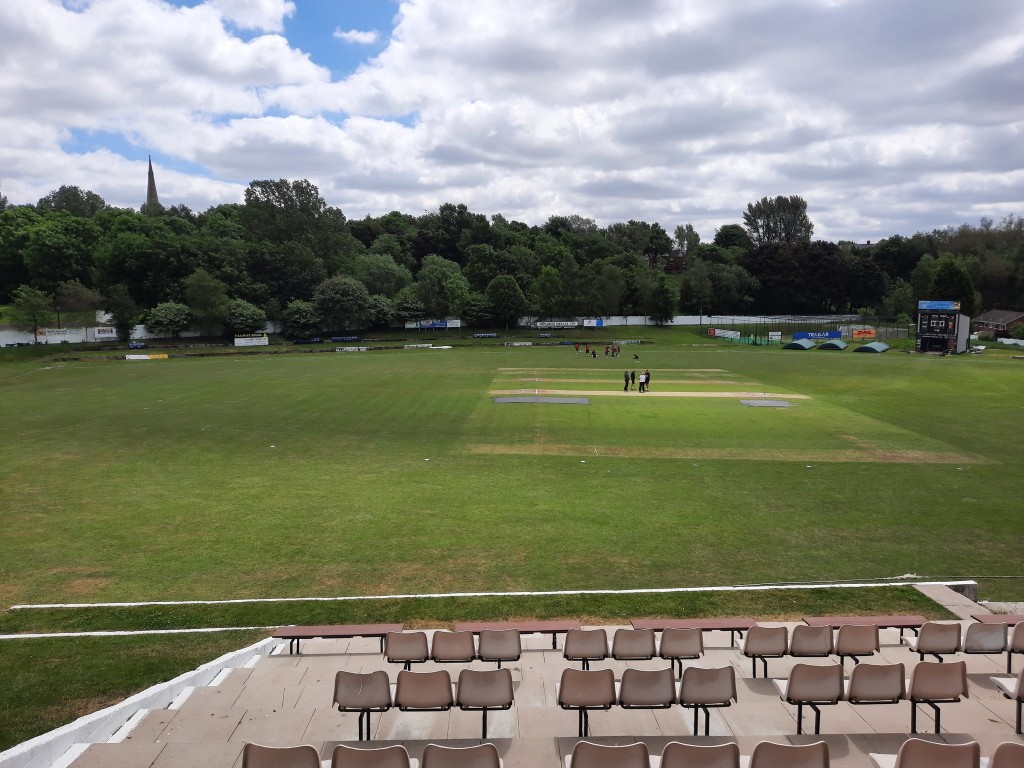 Ben Gorton and Ammar Baig piled on the runs for the 1st team on the way to a bonus point victory at Royton.

After choosing to bat first, Gorton and Baig started superbly well with 50 runs on the board in the first 10 overs. What was a good start turned into a remarkable opening stand of 188 in 33 overs. Ammar Baig was the one who fell, just four runs short of a century, with 96 runs from 109 balls including 10 fours and 5 sixes. Royton did manage to stem the flow of runs slightly in the last 17 overs, but Ben Gorton continued to score at a good rate, bringing up his century from 115 balls in the 41st over. Liam Brown starred with the ball for Royton, taking 3/60 which included the wickets of Mukhtar Nasir and Dom Morris, but Bury still scored 277/4 from their 50, with Gorton carrying his bat for 131* from 143 balls, including 18 boundaries.

The Royton run chase never really gained momentum - it was Ahmed Matloob (15-3-32-3) who got the wickets of the main men overseas Ameya Bhaave and former Lancashire and Leicestershire batsman Paul Horton. Alex Breckin and Sam Nolan-Massey also took 3 wickets apiece, and Royton were bowled out for 153 in the 43rd over to secure 6 points for Bury on the road. (Scorecard)

The 2nd XI began their double header with a home league game against Flixton 2nd XI. Flixton won the toss and chose to bat and lost their first wicket with the first ball of the match - Syed Hashmi taking a good catch in the cordon off the bowling of Mohammed Majid. Matt Metcalfe and Majid took 5 wickets between them from their opening spells, with Flixton at 44/5 from 19 overs. Only 9 more runs were added before the 10 men were bowled out, with Patrick Potts taking 3/5 in 2.5 overs and Harry Williamson also picking up a soliatary wicket. The run chase lasted just 55 balls, Nathan Ramsay was the only one to lose his wicket for a quick 31, and the second team remain unbeaten, 2nd in the table behind Golborne 2nds with a game in hand. (Scorecard)

On Sunday, the 2nd XI were in cup action at Denton St Lawrence in the last 16 of the 2nd XI Premier Cup. Bury won the toss and chose to bat and after the 188 opening stand for the 1st team on Saturday, there was an opening stand worth 107 in just 16 overs on Sunday between Nathan Ramsay (66) and Joe Mitchell (30). Ghalib Sarosh then batted through the remaining 29 overs for 65*, and he was supported by Zain Khan (26) at the back end of the innings to help Bury to 250/7 from their 45 overs.

For the second day in a row, the 2nds had their opponents at 0/1 in the first over, with Ramsay taking a juggling catch off Matt Metcalfe's bowling with the fourth ball of the innings. Joe Mitchell took a catch tracking back at mid off to give Zain Khan the second wicket at 69/2 after 14 overs. However, DSL captain Kyle O'Reilly (86*) and Daniel Moss (101*) put on a batting masterclass with the home side chasing the 251 target in just 32.5 overs, to send the Division 2 side through to the Quarter Finals. (Scorecard) Report: Batting woes make it a winless weekend for BCC

Watch football come home with us this Sunday!

Report: Runs piled on by duo in a perfect weekend for our senior sides