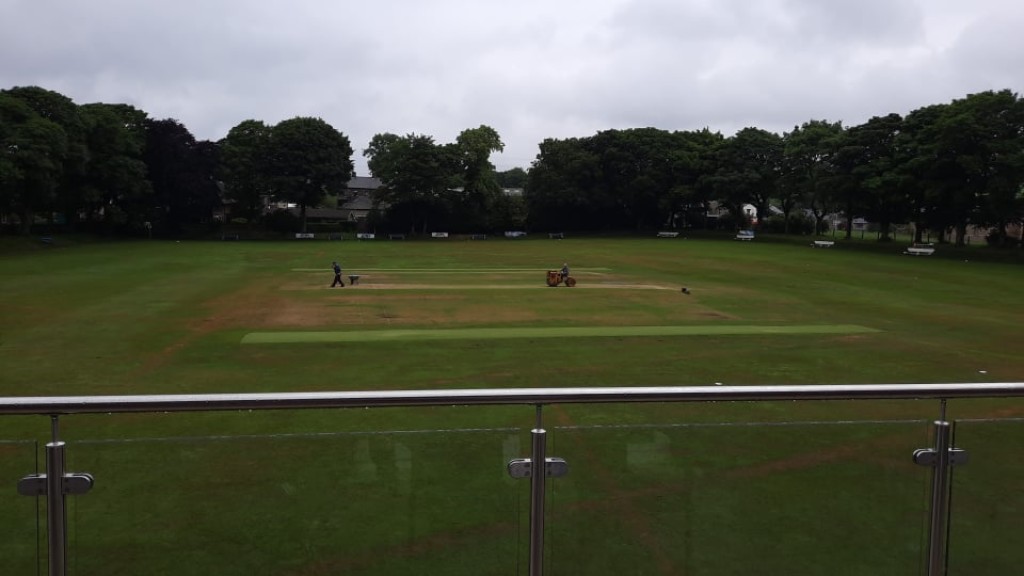 Bury wripped through Edgworth's top and middle order but still went down to defeat on Saturday, whilst Zain Khan starred with the bat in a win for the 2s.

After heavy rainfall through most of the morning, the ground at the Barlows was mopped up in time for a 28 over game. Bury won the toss and chose to bat. In a similar story to last week, Dom Morris (30) top scored with the bat whilst wickets fell regularly throughout the innings. The lower order once again contributed well, Jacob Ramsay finishing with 30 not out from 23 balls which included 3 sixes, as Bury managed 131 before being bowled out with one ball of the innings remaining. Chris Read and Chris Brownlow both took 3 wickets for the home side.

Overseas Edgworth captain Christian Smith and sub pro Stuart Els took the attack to the Bury bowlers early, with 25 from the first two overs. However, when Sam Nolan-Massey bowled Els with the score at 36, it prompted a major collapse for Edgworth. Alex Breckin took the key wickets of Smith and Liam Watkinson in back-to-back deliveries, and 3 overs later Edgworth had slipped from 36/0 to 40/6 - 4 wickets for Breckin and 2 for Nolan-Massey. Rob Bancroft (35*) and Chris Read (37*) got themselves in with still little pressure from the run rate, and put on 92 runs for the unbeaten 7th wicket partnership as Edgworth came home with 3.4 overs remaining. (Scorecard)

At Radcliffe Road, the drainage worked a treat as the 2nd XI game with Hindley St Peters started on time for a full 45 over game. Hindley's top order didn't fire with wickets for Ali Hassan (9.2-3-30-3), Matt Metcalfe (8-5-3-2) and Patrick Potts, leaving them at 82-7. Majid Raza struck 44 for the visitors as the score pushed above 100 and Hindley were eventually bowled out for 143 with 9 overs remaining - Potts the pick of the bowlers with 4/26. In the second innings, Zain Khan batted superbly to hit 81* at just shy of a run-a-ball, and he was supported by Joe Mitchell and Ghalib Sarosh (32*) as Bury chased the target with ease, winning by 9 wickets inside 29 overs. (Scorecard)

On Sunday, the drainage at Radcliffe Road once again worked wonders as play got underway in a 24 over game at 4pm. James Towey (43) and Scott Worswick put on 54 for the second wicket, and a quickfire 27 from Muhammad Bilal helped Bury to 133/6 from their overs. South West Manchester 3s kept up with the rate throughout their innings despite excellent bowling spells from Marcus Eaton (3/8) and Uzair Fraz (2/34) and came home by 3 wickets with 7 balls remaining. (Scorecard)