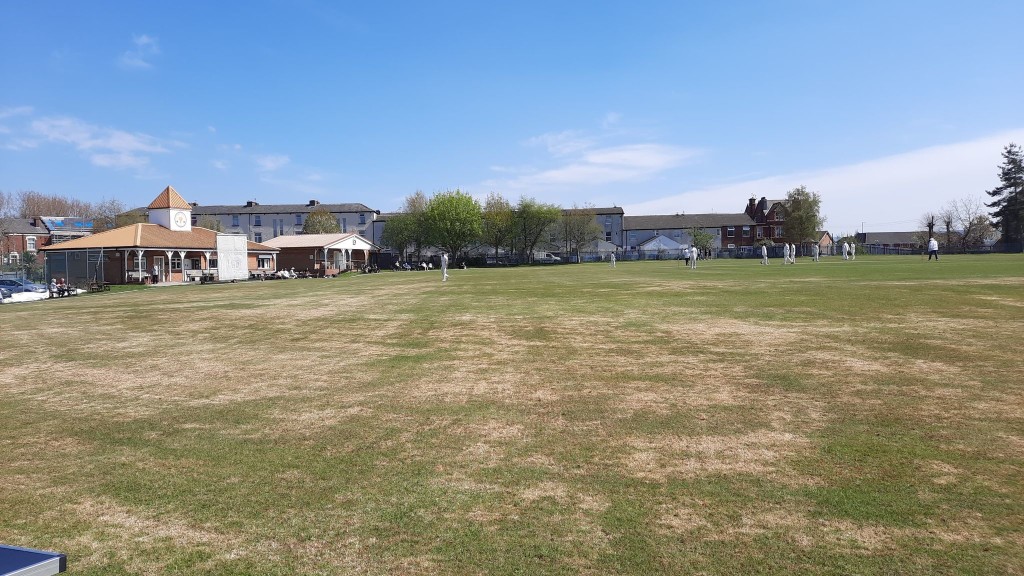 Report: 2s off to a winning start

The second team began their season with a home win over Winton in a low scoring game on Saturday, whilst the first eleven narrowly fell short of a big run chase.

Gary Garner's men travelled to Flowery Field, where former Bury captain Sean Gibson won the toss and chose to bat first. Mike Finan (121) and South African Keegan Taylor (42) got the hosts off to a magnificent start with over 120 on the board in the first 20 overs. When Finan finally fell, caught on the boundary by Nathan Ramsay in the 32nd over, Flowery were 195/4, but Bury fought back well with only 64 more runs added before all 10 wickets were taken. Ahmed Matloob took 5/61, with his 5th wicket coming with the final ball of his 15 over spell.

Ammar Baig (43) and Zafri Zafardeen (20) got Bury off to a solid start in reply, and the scoring started to accelerate with Mukhtar Nasir's quickfire 32 from 22 balls. Dom Morris (24) bludgeoned three big sixes and Ben Gorton finished unbeaten on 57 but Bury ultimately fell 28 runs short of the 260 target, being bowled out in 48.5 overs. (Scorecard)

The second team were involved in a very different game at Radcliffe Road. Winton 2nds elected to bat first and were bowled out for 71, with George Mills being the pick of the bowlers with figures of 9.5-3-24-4 on his second team debut, and just second senior game. Bury's run chase looked to be stuttering at 32/5, but Usama Akram (22*) and Mohammed Majid (11*) saw their side home for the club's first victory of the season, by 3 wickets. (Scorecard)

On Sunday, the 3rd XI were well beaten at home by Whalley Range. Umar Samair's unbeaten ton, together with William Morris' half century helped the visitors post 240 from their 40 overs, with Josh Bowen taking 3 of the 4 wickets that fell. In response, James Towey (34) and Zain Khan (22) put on 57 for the second wicket, but Bury fell well short of the target. (Scorecard)

Report: 1s win at home but 2s and 3s end up on wrong side of tight finishes

Report: Batting woes make it a winless weekend for BCC

Watch football come home with us this Sunday!