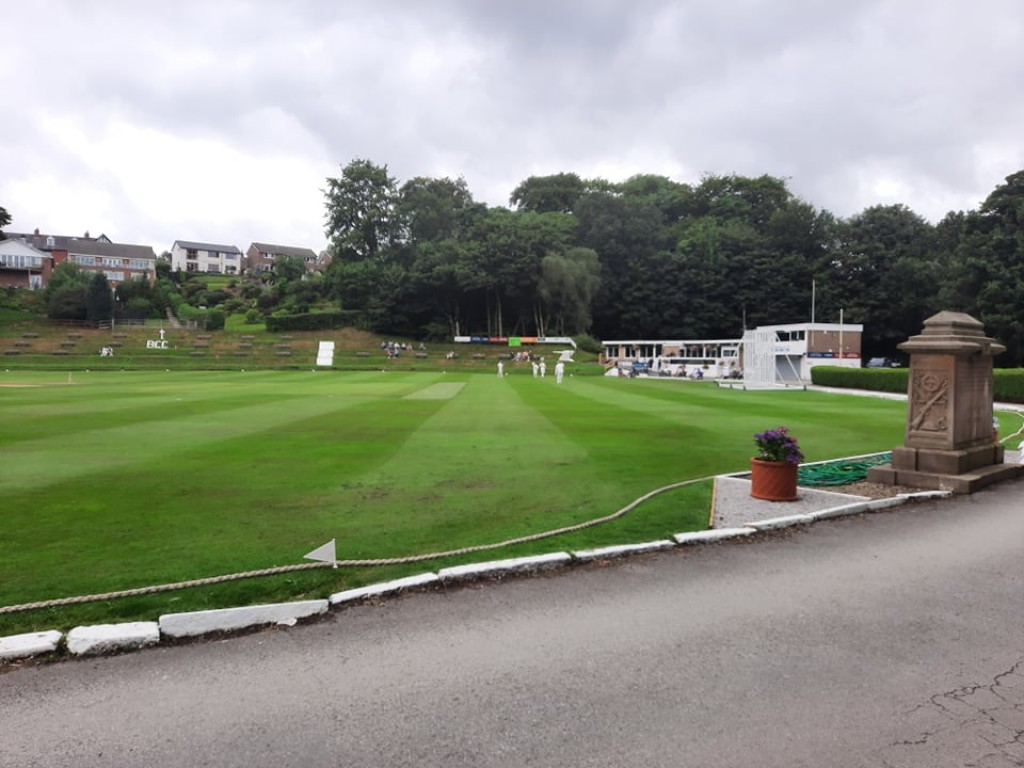 The 1st XI came back from what looked like certain defeat to defeat Bradshaw on the last ball and move into 3rd with 6 games to go, whilst the 2nds remain top of their division after a win at Bolton Indians.

Bradshaw won the toss, and not for the first time in recent weeks, Bury were in big trouble early on with the bat. The home side were well on top with Bury 6-3, then 16-4, 38-5 and 58-6, until Gary Garner and Nathan Ramsay were paired together at the crease. Garner continued to work the ball around whilst Ramsay put away the loose deliveries - a partnership worth 66 of which Nathan scored 50 - his maiden 1st XI half century - including 8 fours and 1 six. Joe Spencer stayed with the captain, who was eventually stumped in the last over for 45, and Bury had recovered to 162/9 from their 50 overs.

Bradshaw lost Jordan Evans early but Cian Dickinson's excellent innings put them in a great position, targeting the spin of Ahmed Matloob in particular as he raced to a half century of his own. He was caught by Sam Nolan-Massey on the boundary, and then followed a inspired half-hour from Mukhtar Nasir. He took 3 wickets in 3 overs, and additionally ran out Brett Ernst with a direct hit from outside the circle on the offside. Nick Lester and Elliot Dargan steadied the Bradshaw ship, progressing the score from 125-7 to 153-7, but it was Nasir who returned to take both of their wickets in the penultimate over, when 10 was needed from 2 overs. That gave him a deserved five-wicket haul, 11-3-20-5. Alex Breckin was to bowl the final over, with 8 needed and 1 wicket remaining. It eventually went to the final delivery, with 4 required, and it was a dot ball outside off from Breckin to ensure Bury took 5 points, which takes them level with their opponents, but ahead on number of wins, and into the top 3 with just 6 weeks remaining. (Scorecard)

The 2nd team were away from home at a damp Bolton Indians where the game was reduced to 40 overs a side. Syed Hashmi once again starred with the bat, scoring 64 from just 67 balls including 7 fours and 2 sixes, as Bury posted 175/5. Mohammed Majid hit a quickfire 25* from 11 balls, and Zain Khan also contributed with 24. Bolton Indians built some sizeable partnerships in the first 20 overs, but the required run rate was always a little too much. George Mills and Matt Metcalfe took 6 wickets between them in a 15 over period, with youngster Mills taking 4/52 and captain Metcalfe with 2/16 - and it was Ali Hassan (3/23) who took the final wicket despite the home side threatening a late comeback, with them all out 26 short of the target. (Scorecard)