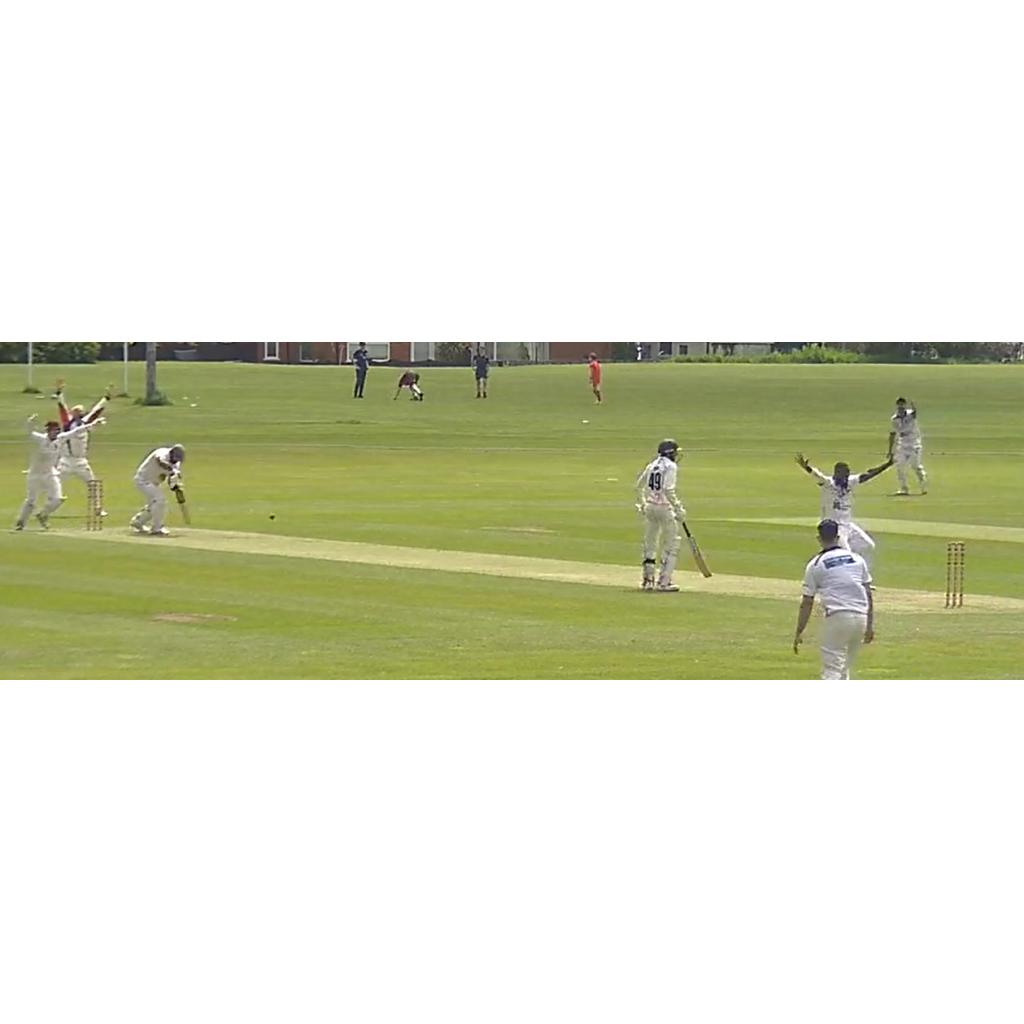 The 1st XI picked up a key 5 point haul on Saturday to get their season heading back in the right direction.

The visiting side elected to bat first, and the top three did their jobs at 87-2, until Damario Goodman changed the game in the 23rd over. He had Joseph Aston stumped by Nathan Ramsay on 32, before he trapped sub professional Ashar Zaidi lbw for a second ball duck, and for the second time in the over, he was wheeling away in celebration. Goodman (4/40) and Sam Nolan-Massey formed a formidable partnership to make sure those two wickets spiralled into a middle order collapse, the latter taking 3/15 from his 8 over spell, with Greenfield slipping to 101-8. Number 5 Liam Parfitt added valuable runs with the numbers 10 and 11 – Greenfield all out for 146 in the 44th over with D’Angelo Springer taking the final 2 wickets.

With a relatively low target for Bury to chase, the loss of a few wickets did not cause major problems early on in the Bury reply. Almost all of the top order contributed with starts, although Greenfield were brought well into the game with a fall from 93-4 to 93-6 in the 30th over. Ali Hassan (33) and Damario Goodman put together 52 for the 7th wicket partnership to give Bury the game, with Hassan falling just before the winning runs were hit by Goodman (17*) to round off an excellent day for him and a crucial 5 points for the team. (Scorecard)

The 2nd XI were in action over at Whalley Range, in what started the day as a game between the top two teams in Division 3W. Bury batted first and new captain Fraser Parr set the tone early with 53, a majority of which coming in a partnership worth 80 with Syed Hashmi (26). The middle and lower order added little to the score, with the exception of Patrick Potts, who made Whalley Range pay for dropping him early, with his 42 from 52 balls pushing the Bury total to 185 all out with 9 balls to spare – a recovery from 149-8.

Potts and Majid Talib took an early wicket each in the second innings, and a later good catch in the slips from captain Parr got rid of the dangerous looking Waseem Ahmad for 18. Opener Azfar Zeeshan (67) and wicketkeeper Dom Golics (45) combined for the 5th wicket and put the pressure onto the Bury bowlers and fielders. Both batsmen fell just before the finish line but the numbers 7 and 8 took the home side home, after 43.3 overs – the exact same Bury batted in the first innings – to move to the top of the table. (Scorecard)

On Sunday, the 3rd XI took on Royton, and the weather, in the first round of the Sunday Premier Cup. Batting first, Scott Worswick (37) and James Weston (19) put on 60 for the opening wicket, before Sam Leach’s excellent knock of 49* from 44 balls, supported by Sajad Safi (19), led Bury to a very respectable 152-4 in damp conditions against a strong bowling attack. Charlotte Weston bowled Roan Mallinson in the second over of the reply, before a ruthless display of batting from Jack Fawcett (45*) and Billy Orme (32) pushed Royton well on their way to victory. A couple of rain delays threatened to take the game to a bowl out, but the early high scoring meant Royton had reached the new DLS target upon the second resumption and it is they who progress into the second round. (Scorecard)